Eating disorders affect millions of teens and young adults around the world. They're most common in cultures that focus on weight and body image and can affect people of all races and ethnic backgrounds. Extreme focus on appearance often leads to poor body image and unhealthy eating behaviors, which can turn into eating disorders such as anorexia nervosa, bulimia, binge eating disorder, or a category called eating disorders not otherwise specified (ED-NOS). Eating disorders have serious health consequences and require treatment. Recovery is likely with the help of specially trained health care providers and a supportive family. We hope this guide will help you understand eating disorders, the different kinds of treatment, and the recovery process. 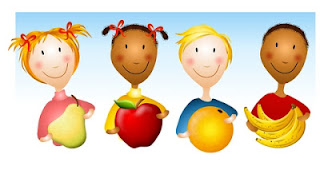 What are eating disorders?
Eating disorders are complicated medical and psychological conditions that affect a person's physical and emotional health and involve intense emotions and behaviors around food. Eating disorders are very dangerous illnesses and can lead to permanent consequences if left untreated.

The four types of eating disorders are anorexia nervosa, bulimia nervosa, binge eating disorder, and eating disorder not otherwise specified (EDNOS).
Anorexia (pronounced: an-or -rex-e-ah) involves food restriction (limiting or not having certain foods or food groups). People with anorexia drastically limit their food intake and have an intense fear of gaining weight, even though they may be underweight or they are losing a lot of weight
Bulimia (pronounced: bull-e-me-ah) involves cycles of binge eating followed by a purging behavior. People with bulimia will eat an unusually large amount of food in a short period of time and then purge by vomiting, using laxatives, enemas, diuretics, or by exercising excessively as a way to avoid gaining weight.
Binge eating disorder involves eating an unusually large amount of food in a short period of time and feeling a loss of control during this episode. Binge eaters do not purge afterwards, but often feel a lot of shame or guilt about their binge eating.
Eating disorder not otherwise specified (EDNOS) involves some combination of symptoms of the other eating disorders such as an intense fear of weight gain and a preoccupation with food (thinking about food or having food related thoughts most of the day). Many people with EDNOS have symptoms of the other eating disorders, but may not meet the exact criteria, and therefore are diagnosed with EDNOS.
Disordered eating is a term used to describe when someone doesn't have all the symptoms of an eating disorder, but their eating patterns and behaviors put them at risk for developing an eating disorder. For example, anorexia can start when dieting becomes too extreme; binge eating disorder or bulimia can start because dieting often restricts the amount and types of food, so when a diet is broken, it can lead to uncontrollable eating and loss of control around food.

Prevalence rates, or how often eating disorders occur varies with each disorder. While anorexia nervosa and bulimia nervosa are fairly rare, binge eating disorder and EDNOS are slightly more common. A study done in 2011 estimated that 0.3% of Americans between the ages of 13-18 suffer from anorexia, 0.9% from bulimia, and 1.6% from binge eating disorder (Swanson et al. 2011). Estimates of EDNOS differ from study to study, but may be as high as 15%.