Adenosine (ADO) is a purine nucleoside comprising a molecule of adenine attached to a ribose sugar molecule (ribofuranose) moiety via a β-N9-glycosidic bond.

Adenosine plays an important role in biochemical processes, such as energy transfer — as adenosine triphosphate (ATP) and adenosine diphosphate (ADP) — as well as in signal transduction as cyclic adenosine monophosphate (cAMP). It is also a neuromodulator, believed to play a role in promoting sleep and suppressing arousal.

Adenosine also plays a role in regulation of blood flow to various organs through vasodilation.

Amoxicillin binds to penicillin-binding protein 1A (PBP-1A) located inside the bacterial cell well. Penicillins acylate the penicillin-sensitive transpeptidase C-terminal domain by opening the lactam ring. This inactivation of the enzyme prevents the formation of a cross-link of two linear peptidoglycan strands, inhibiting the third and last stage of bacterial cell wall synthesis. Cell lysis is then mediated by bacterial cell wall autolytic enzymes such as autolysins; it is possible that amoxicllin interferes with an autolysin inhibitor.

Dicloxacillin is known to interact with other drugs like ampicillin, chloramphenicol, probenecid, tetracycline (HCl). Always consult your physician for the change of dose regimen or an alternative drug of choice that may strictly be required.

Email ThisBlogThis!Share to TwitterShare to FacebookShare to Pinterest
Labels: NOVACLOX 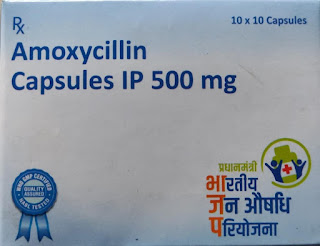 Amoxicillin  or amoxycillin , and abbreviated amox, is an antibiotic useful for the treatment of a number of bacterial infections.

It is a moderate-spectrum, bacteriolytic, β-lactam antibiotic in the aminopenicillin family used to treat susceptible Gram-positive and Gram-negative bacteria. It is usually the drug of choice within the class because it is better-absorbed, following oral administration, than other β-lactam antibiotics.

Amoxicillin is susceptible to degradation by β-lactamase-producing bacteria, which are resistant to a narrow spectrum of β-lactam antibiotics, such as penicillin. For this reason, it is often combined with clavulanic acid, a β-lactamase inhibitor. This increases effectiveness by reducing its susceptibility to β-lactamase resistance.

Amoxicillin is one of the most common antibiotics prescribed for children. The drug first became available in 1972. It is on the World Health Organization's List of Essential Medicines, a list of the most important medication needed in a basic health system.
INDICATORS
Pregnancy:B Lactation:L1 Lab:NA Food:NA

Amoxicillin binds to penicillin-binding protein 1A (PBP-1A) located inside the bacterial cell well. Penicillins acylate the penicillin-sensitive transpeptidase C-terminal domain by opening the lactam ring. This inactivation of the enzyme prevents the formation of a cross-link of two linear peptidoglycan strands, inhibiting the third and last stage of bacterial cell wall synthesis. Cell lysis is then mediated by bacterial cell wall autolytic enzymes such as autolysins; it is possible that amoxicllin interferes with an autolysin inhibitor.
Posted by PRAVEEN JAS KOTTIYAM at 11:29 PM No comments: 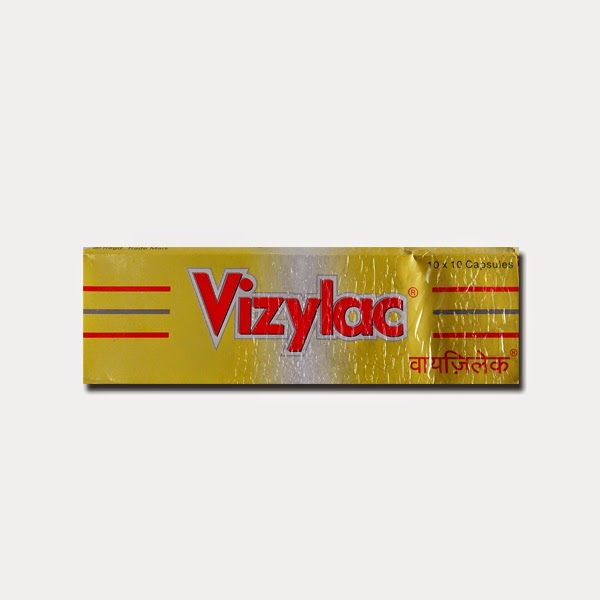 Vitamin B6 is the collective term for a group of three related compounds, pyridoxine (PN), pyridoxal (PL) and pyridoxamine (PM), and their phosphorylated derivatives, pyridoxine 5'-phosphate (PNP), pyridoxal 5'-phosphate (PLP) and pyridoxamine 5'-phosphate (PMP). Although all six of these compounds should technically be referred to as vitamin B6, the term vitamin B6 is commonly used interchangeably with just one of them, pyridoxine. Vitamin B6, principally in its biologically active coenzyme form pyridoxal 5'-phosphate, is involved in a wide range of biochemical reactions, including the metabolism of amino acids and glycogen, the synthesis of nucleic acids, hemogloblin, sphingomyelin and other sphingolipids, and the synthesis of the neurotransmitters serotonin, dopamine, norepinephrine and gamma-aminobutyric acid (GABA).

TYPICAL USAGE - Treatment of nicotine dependence, as an aid to smoking cessation.

DRUG INTERACTION
Nicotinic Acid is known to interact with other drugs like alcohol, atorvastatin, colestipol (HCl), fluvastatin, glibornuride, gliquidone, technetium Tc-99m disofenin, technetium Tc-99m lidofenin. Always consult your physician for the change of dose regimen or an alternative drug of choice that may strictly be required.

Email ThisBlogThis!Share to TwitterShare to FacebookShare to Pinterest
Labels: Anaemia, Deficiency states, I 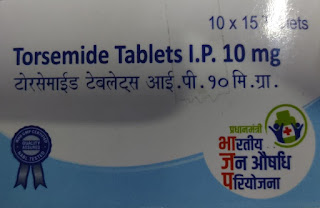 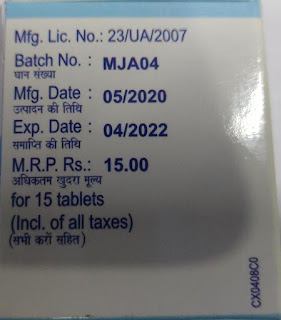 Torasemide  or torsemide  is a pyridine-sulfonyl urea type loop diuretic mainly used in the management of edema associated with congestive heart failure. It is also used at low doses for the management of hypertension. It is available in JAN AUSHADHI STORE at 15 RS for 15 tab
Compared to other loop diuretics, torasemide has a more prolonged diuretic effect than equipotent doses of furosemide and relatively decreased potassium-loss. There is no evidence of torasemide-induced ototoxicity demonstrated in humans.
USES: Torsemide is used to reduce extra fluid in the body (edema) caused by conditions such as heart failure, liver disease, and kidney disease. This can lessen symptoms such as shortness of breath and swelling in your arms, legs, and abdomen.This drug is also used to treat high blood pressure. Lowering high blood pressure helps prevent strokes, heart attacks, and kidney problems.Torsemide is a "water pill" (diuretic) that causes you to make more urine. This helps your body get rid of extra water and salt. 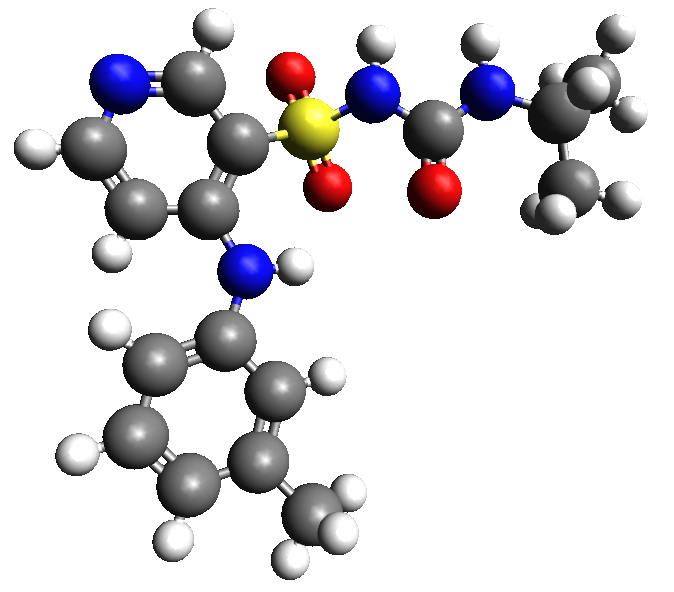 N-[(isopropylamino)carbonyl]-4-[(3-methylphenyl)amino]pyridine-3-sulfonamide
OVERDOSE: If overdose is suspected, contact a poison control center or emergency room immediately. US residents can call their local poison control center at 1-800-222-1222. Canada residents can call a provincial poison control center. Symptoms of overdose may include: fainting, severe weakness, a severe decrease in the amount of urine.
NOTES: Do not share this medication with others.Lifestyle changes that may help this medication work better include exercising, stopping smoking, reducing stress, and changing your diet. Consult your doctor for more details.Laboratory and/or medical tests (such as kidney tests, blood mineral levels such as potassium) should be performed periodically to monitor your progress or check for side effects. Consult your doctor for more details.Check your blood pressure regularly while taking this medication. Learn how to monitor your own blood pressure at home, and share the results with your doctor.
MISSED DOSE: If you miss a dose, take it as soon as you remember. If it is near the time of the next dose, skip the missed dose and resume your usual dosing schedule. Do not double the dose to catch up.
STORAGE: Store at room temperature away from light and moisture. Do not store in the bathroom. Keep all medications away from children and pets.Do not flush medications down the toilet or pour them into a drain unless instructed to do so. Properly discard this product when it is expired or no longer needed. Consult your pharmacist or local waste disposal company.
SIDE EFFECTS: Dizziness or headache may occur as your body adjusts to the medication. If either of these effects persist or worsen, tell your doctor or pharmacist promptly.To reduce the risk of dizziness and lightheadedness, get up slowly when rising from a sitting or lying position.Remember that your doctor has prescribed this medication because he or she has judged that the benefit to you is greater than the risk of side effects. Many people using this medication do not have serious side effects.This medication may cause a serious loss of body water (dehydration) and salt/minerals. Tell your doctor right away if you have any of these unlikely but serious side effects: muscle cramps, weakness, unusual tiredness, confusion, severe dizziness, fainting, drowsiness, unusual dry mouth/thirst, nausea, vomiting, fast/irregular heartbeat, unusual decrease in the amount of urine.Tell your doctor right away if any of these rare but serious side effects occur: numbness/tingling/pain/redness/swelling of the arms/legs, hearing changes (such as ringing in the ears, temporary or permanent decreased hearing/deafness).A very serious allergic reaction to this drug is rare. However, get medical help right away if you notice any symptoms of a serious allergic reaction, including: rash, itching/swelling (especially of the face/tongue/throat), severe dizziness, trouble breathing.This is not a complete list of possible side effects. If you notice other effects not listed above, contact your doctor or pharmacist
DRUG INTERACTIONS: See also the How to Use section.Drug interactions may change how your medications work or increase your risk for serious side effects. This document does not contain all possible drug interactions. Keep a list of all the products you use (including prescription/nonprescription drugs and herbal products) and share it with your doctor and pharmacist. Do not start, stop, or change the dosage of any medicines without your doctor's approval.A product that may interact with this drug is: lithium.Check the labels on all your medicines (such as cough-and-cold products, diet aids, or NSAIDs such as ibuprofen, naproxen) because they may contain ingredients that could increase your blood pressure or worsen swelling (edema). Ask your pharmacist for more details

Posted by PRAVEEN JAS KOTTIYAM at 12:43 PM No comments: